Continuing our track plan analysis discussion, one person asked me why I didn't focus earlier on layout vision and concept. After all, it's the first thing I ask about in the questionnaire I suggest for new clients. And when designing a model railroad track plan, it is the most important issue in my mind, by far.

But in analyzing an existing plan, I don't usually get there until a little later in the process. Bear in mind that it took me a lot longer to write about the first three steps (see earlier post below) than it does to go through them on a particular plan. A lot of this is intuitive for me at this point and I tend to jump around between these steps, not follow them rigorously. OK, back to our discussion.

Whether hand-drawn or computer generated, a number of overly-optimistic errors can creep in. Track-to-track spacing, S-curves, impossible grades, unworkably tight turnout angles, and curves not meeting tangents at right angles can all be problems. Tracks too close to the benchwork edge or a wall also crop up quite often. I'm not looking for one small error; this is often systemic with a particular plan.

One thing that I see quite often lately is errors in plans drawn with general CAD programs. Sometimes the turnout angles are correct, but they've been drawn impractically close to the next turnout. In real life, it requires space for the points, so turnouts can't be lined up like sardines in a can.

The commercial press often uses general drawing tools to render the beautiful track plans seen in the magazines. These track plans sometimes contain many of these errors, since they are developed from author inputs of varying precision.

Here I am looking at the overall scheme. In anything but the smaller plans, I'm trying to understand if there are sufficient passing tracks in the best locations to allow the desired traffic to flow. In double-track designs, the location and orientation of crossovers is the key factor. I'm trying to get an idea of what the typical and maximum train length can be, how many trains in motion at once, etc.

Friend and fellow former Layout Design Journal editor Joe Fugate has adapted formulae originally published by Dr. Roy Dohn (Model Railroader, June 1968) for this purpose. [Joe published these in LDJ#21, Fall 1998 and on-line here.] I find this mechanistic approach does not work well for me personally, but it is a way some have found useful to look at capacities and flow.

I prefer to look more qualitatively, considering the typical train length (what has been called a "lineal" by some). Where does a train of typical length fit, where may two trains meet or pass, how far apart are these locations, etc. Again, it took a lot longer to write these paragraphs than I spend on this element when considering a typical plan. But it scuttles more than a few plans whose meet/pass points are too few, too short, or too clustered.

For plans with staging, I am also considering at this step whether the number and length of the staging tracks is in balance with the passing sidings or meet/pass areas between crossovers. A ton of staging may not do much good if only two trains can be operated across the layout at once because of a lack of meet/pass points. Staging tracks much shorter than the typical meet/pass points are also an out-of-balance signal.

6) Leads, runarounds, and switchbacks (Oh, my!)

More generally, I am looking to see if runaround and lead lengths are consistent with industry track length, rolling stock and motive power length, and if many switching moves require blocking a busy mainline or moving a lot of previously placed cars at unrelated industries.

A surprising number of newbie plans contain no runaround or an unfeasibly short runaround. Or they have an 18" switchback switch lead to serve a 48" long track hosting three large industries.

This is one of the areas where I must fault the commercial press. They publish designs with these failings over and over again … it provides a very bad example for aspiring designers.

Whew! A lot of words so far for steps I usually do pretty quickly. But perhaps it will suggest areas to consider when analyzing plans on your own. Next installment: yards, Cornerstones, and PICS. 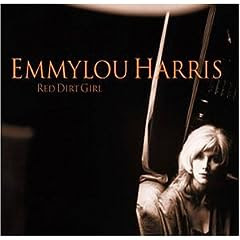 My wife and I had the good fortune to see Mark Knopfler and Emmylou Harris in concert last summer in support of their All the Roadrunning album. After a fabulous solo vocal by Emmylou, Knopfler remarked to the audience, "There is only one … Emmylou Harris". I absolutely agree. She has been a favorite artist of mine for decades and I believe she is doing some of her best work now. I listened again this week to Red Dirt Girl, an album that showcases an artist still at a high point in her musicianship, but with the wisdom and strength that comes only from the experience of life's lessons learned. Moving, haunting, atmospheric … there is only one … Emmylou Harris.
Posted by Byron Henderson