Why is there such a lack of decent-running affordable steam for Southern Pacific and Santa Fe in HO and N, yet the parade of Big Boys, 4-12-2s, and other oddball rarities (a Triplex?!) goes on and on? This question came up recently from one of my custom layout design clients. The neat transition-era California central valley HO layout we designed for him will lack decent SP and ATSF steam models appropriate for the layout's size and concept.

The conspiracy theorists (who are massively over-represented on model railroad forums) blame sinister plots dreamt up by evil marketers to force-feed us monster engines. But my technology marketing experience tells me that it's rare that marketing makes people buy something they absolutely don't want. I think the answer is simpler, but unfortunately still not hopeful for those looking to buy small-to-medium sized engines (especially of western oil-burning prototypes).

Let's take all the folks willing to buy a typical SP-style oil-burning 2‑8‑0, for example, in HO or N scale. Sure, there are plenty of SP modelers who would jump at one, but there's probably not a large general interest in the broader market. Just too plebeian for the masses. 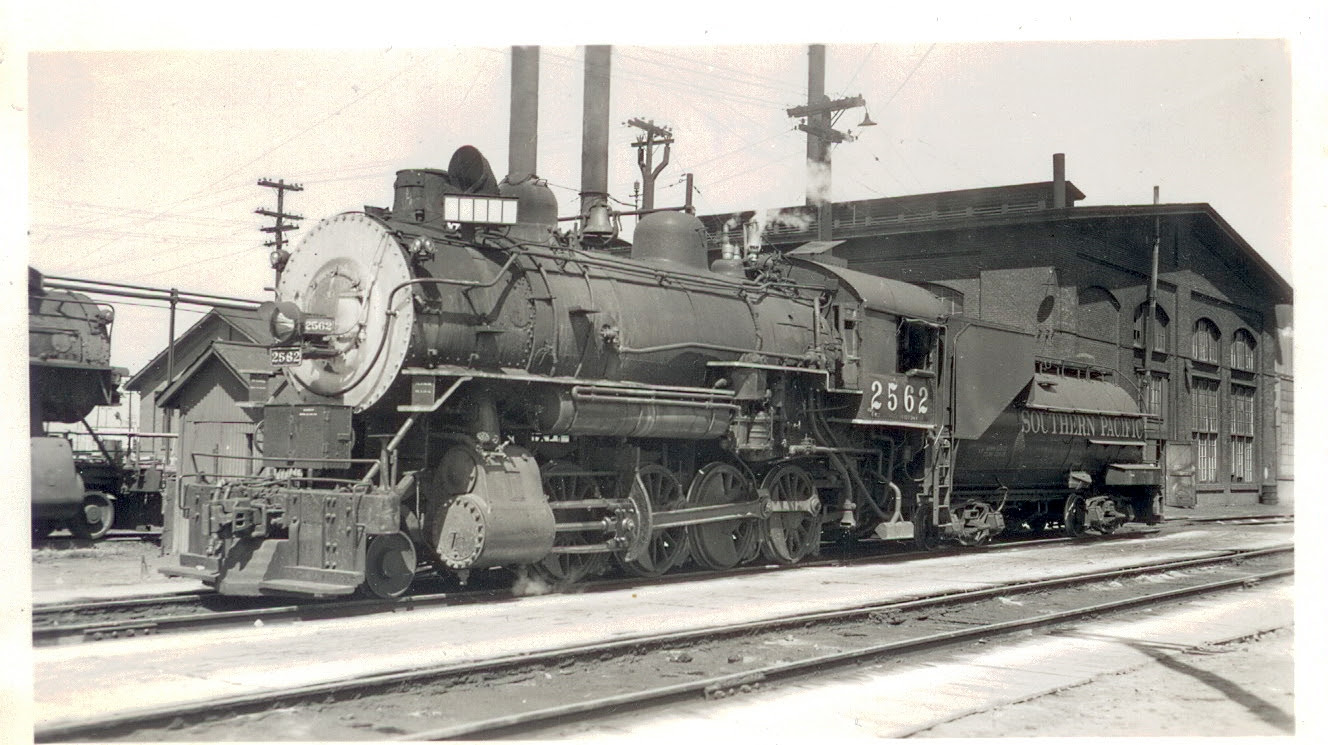 SP 2‑8‑0 #2562 at West Oakland in 1954. Tom Gray photo from the Tom Dill collection. This locomotive is preserved and on display at the Arizona Railway Museum in Chandler, AZ. More locomotive info and photos here.

On the other hand, a Big Boy appeals to many more than just the UP modelers. I've seen these monstrosities running on generic 5X9s, Maine Central layouts, everywhere. (And looking silly in the process, but that's just me.) And of course, thousands of Big Boys reside in boxes or on shelves because modelers just had to have one, but it won't run on the tight curves of their HO 4X8 (or they don't have a layout at all).

Our hobby seems to be intrigued by the biggest, the fastest, the most powerful. The manufacturers build these big engines (and multiple releases and competing models of them) because they do sell. More's the pity, but it seems to be the case.

So if I'm a manufacturer, which market segment will I go after: the badly-needed offering for a smaller segment; or the "me too" Big Boy that has a chance at a small piece of a larger segment? The flashy rarities seem the safer bet in our upside-down modeling world, where the mass market does not have an interest or understanding of the realism gained by modeling typicality. But I wonder if that's really true?

If just one myopic model railroad product manager would instead consider the actual trends in the hobby, they would see that the interest in accuracy in modeling rosters is growing. And this is especially true among those building operating layouts – which by their nature usually need more than one of a particular locomotive type.

No, there aren't as many modelers overall as in the "gotta have a Big Boy" segment, but there are fewer competitors. And each of the operating modelers would probably buy multiple copies of the mid-sized to smaller steam locomotives needed to fill out an operating roster.

Why do I believe this? Because modelers buy the diesel equivalents in very large numbers. SP 2‑8‑0 Consolidations were the GP-7s of their day -- and Geeps are popular year-in and year-out because of their usefulness on a variety of layouts. Yes, the odd (literally) DD40AX will sell, but tens of thousands more modelers buy Geeps.

No, I'm not holding my breath.
Posted by Byron Henderson

One of the oft-repeated truisms about model railroad track planning is: "It's easier to adapt a prototype design than to freelance one". But I can tell you, that ain't always true!

I'm working on a few different designs right now. Some are fairly strictly prototype-based, others very freelanced. And the freelanced ones are a little easier. Here's what I mean:

In one design, for example, the real-life branch upon which the layout is based fits reasonably well into the somewhat challenging available space. And there's a terrific long stretch where a yard would fit so perfectly.

Unfortunately, it's not at all close to the relative location where the actual yard was located in real life. And no amount of contortion and contrivance magically transform the real-life branch. The design is working out OK in the end, but it's been a lot of work (most of it enjoyable).

On one of the freelanced projects, by contrast, I can move the yard to the best spot in the space relative to the room, to staging, and to other desired features. Because I have seen enough segments of real-life railroads and learned about how they work, I have a good foundation of knowledge for making the judgments about plausible locations for the various elements.

And that's the key -- for a neophyte without some background knowledge, freelance designs are more difficult to get right. So in that light, maybe the "Prototype is Easier" conventional wisdom is correct much of the time.

One of my favorite audio streams lately has been Texas Hellkitten Radio on Live365. The stream's motto of "… a little rockabilly, a little surf, a little blues …" is certainly accurate. It's interesting to hear nuggets from the past alongside more polished modern music that pays homage to those pioneers. And then there's the Psychobilly and Voodoobilly you just don't often hear that often anywhere. (OK, sometimes with good reason.) But overall, a fun trip to a Texas honkytonk -- without the smoke and the unnervingly sticky floor.
Posted by Byron Henderson