I've never been a big partier, so the title is not referring to some dissipative debauchery. Instead, it's describing the handful of weekends I've spent infatuated with a change in direction of what I plan to model. Most of these have been brief divergences driven by some off-hand discovery, article, or idea.

When I moved to the Bay Area in 1997, my plans were to build a proto-freelanced shortline/secondary mainline based on the proposed-but-never-built Midland Pacific. My layout design and operating plans for the Midland Pacific were covered in detail in the Layout Design SIG's Layout Design Journal # 35, December 2006.

Within a few years, I shifted concepts to a prototype-based Bay Area plan focused on San Jose and environs. I worked on this for a couple of years, until one day while on a walk I realized that San Jose was ten pounds of sugar in the five-pound sack that was my garage. The only way I could get all the things I really wanted into a layout was to proto-freelance. This led me to the Oakland Harbor Belt (OHB) layout currently under construction in the garage. I remain happy with this concept and I'm looking forward to it slowly taking shape.

But along the way, I've had ever-so-brief dalliances with other ideas, locales, eras, even scales. There was the one long holiday weekend (while my family was out of town) spent feverishly on the computer wrapping an HOn3 Hawaiian-themed proto-freelance layout into my garage space. Operations would have been somewhat limited with no interchange, but at least my HO-chauvinist friends could have read the car numbers. I decided I liked the OHB better, but I did get the germ of an idea for an article out of it, slated for publication soon in the commercial press. So that weekend wasn't really lost.

Another model RR crush was on the Central California Traction (CCT), an eminently modelable traction line turned diesel shortline. (Fan site here, the RR's official site here) This one was pretty serious, dropped only when I decided the lack of suitable models in N scale for the period in which I wanted to set the layout was going to be too difficult for me to overcome. Friend Dave Stanley has since written a terrific book on the CCT with Jeffrey Moreau. Fortunately, the book had not been published when I went through my brief CCT obsession, or who knows where I would have ended up! Once again, the focus was not wasted, because later I had the chance to do a custom proto-freelanced HO design for a client based loosely on the CCT and the neighboring Sacramento Northern.

One other weekend fling was with the Modesto and Empire Traction. This is a very neat little shortline that does some pretty big-time railroading in a few miles of industrial park in central California. In the end, my interest in rail-marine brought me back home to the OHB, but the idea of shoehorning some tight HO curves into the garage for a couple of Bachmann 70-tonners was good for some heated doodling. Eventually cooler heads (and some radius reality!) prevailed.

This last affair came to mind this month with the article by friend Trevor Marshall in the October 2007 Railroad Model Craftsman. Trevor does a great job outlining the present-day M&ET and offering a neat Free-Mo based layout design concept. It's a two-part article, so I am really looking forward to next month's issue. This is a very modelgenic prototype, especially for contemporary or near-contemporary layouts. No tangible results yet from my M&ET infatuation, but there is that long, empty wall in my office … and there are still some 70-Tonners around ….

Each of these brief flirtations has ultimately strengthened my focus on the OHB. The explorations of different eras, themes, even scales helps bring to light the reasons I made the choices and trade-offs that led to this concept. Hopefully these lost weekends will be fewer in number (and less intense in severity) as construction continues, but I'm glad for the perspective they brought along the way. 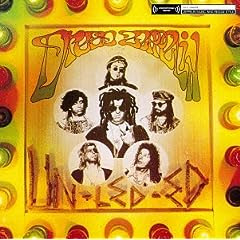 This weekend's guilty listening pleasure was Un-Led-Ed by Dread Zeppelin. Yes, a reggae band fronted by an Elvis impersonator doing Led Zeppelin covers. I can't explain why I enjoy listening to it … and I have even less justification for why I bought the CD in the first place. It was LA, I was young .... (alright, younger) This is definitely a once-per-decade listen -- but I liked it! (Talk about a lost weekend …)
Posted by Byron Henderson