I recently finished up an N scale layout design for a contemporary era shortline. One of the elements I wanted to include was a job that would require a shoving platform, since the real-life railroad serving as inspiration for this layout owns one.

For those unfamiliar with the term, these cars are used at the end of trains for long shoving moves to give the crew a place to perch. This role was once served by cabooses, obviously, but those have pretty much gone by the wayside in modern railroading. 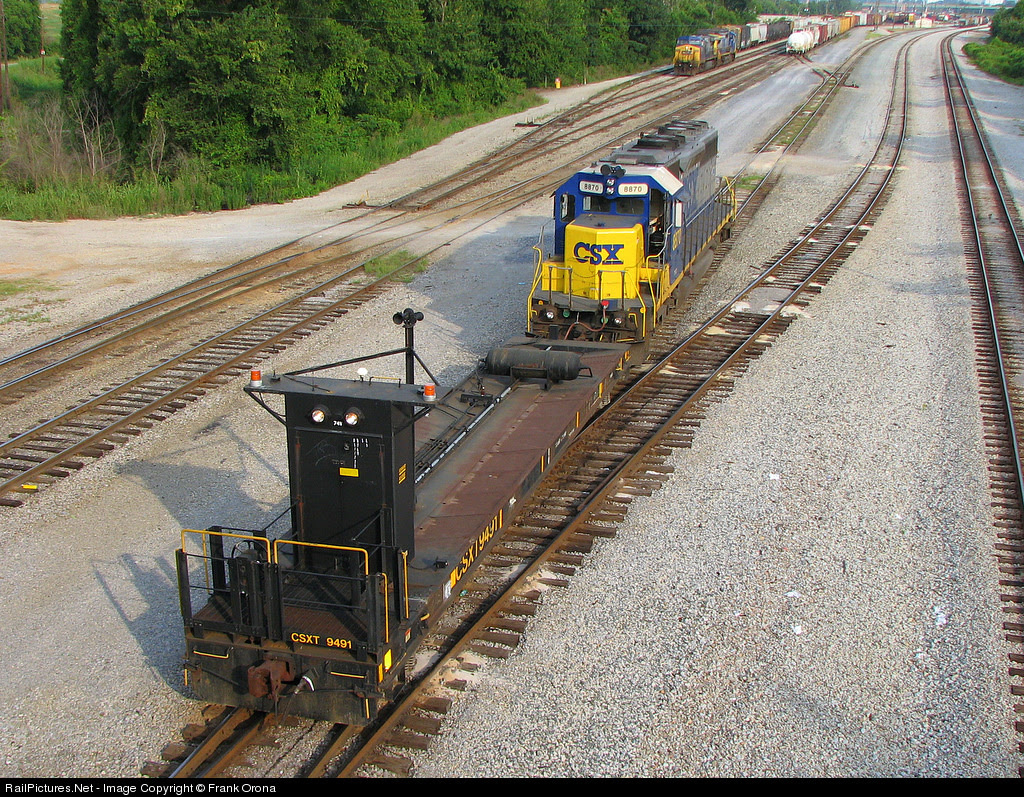 As seen by the photo above, some of the shoving platforms are pretty spartan, with barely any shelter for the trainmen. Others are ratty-looking older cabooses that have had little tender loving care over the years. Sometimes these old cabooses are gutted and welded closed, so basically only the platforms are usable.

Photo from the Cabooses of Alabama web page

Then there is the Madera Flyer. In May of 2008 I was driving between Southern California and the Bay Area and stopped at the UP's (former SP) Fresno Yard for a few minutes of casual railfanning. A lone diesel appeared, moving at a fairly fast clip with a single car and what appeared to be a bright Armour Yellow caboose in tow. While the crew started organizing a train from cars in the yard, I maneuvered for a slightly closer look. Emblazoned on the side of a very spiffy-looking caboose that didn't seem to be of either UP or SP origin were the words "Madera Flyer". Shoving platform, indeed! In searching the web, I found Alex R.'s interesting write up of the ex-MoPac caboose and its duties. (Photos above and below are from his blog.) 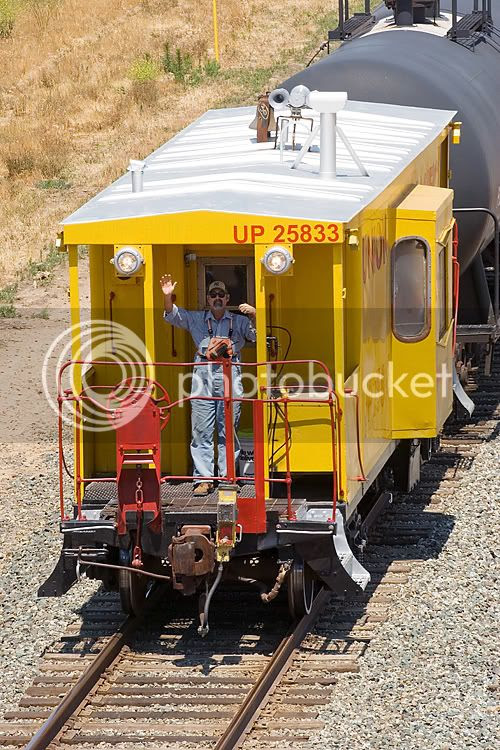 Modern-day railroading has lost much of the atmosphere and character many of us strive for in our layouts. But there are still some real-life railroaders who are proud of their traditions, craft, and equipment, and it shows in examples like the Madera Flyer.
Posted by Byron Henderson