… I'm getting better and better." Interesting aphorism, huh? Has sort of a '60s-'70s vibe, like "Have a nice day" and "I'm OK, you're OK". But in fact the saying and the concept are quite old, as I learned while re-reading a favorite book, The Lying Stones of Marrakech by the late paleontologist and essayist Stephen Jay Gould*. This self-help concept was developed in the 1920s by French physician Emile Coué, who found that patients who repeated this positive phrase daily along with receiving medication did better than those who received only medication.

Gould contrasted Coué's idea of incremental day-to-day improvements with the history of science, which tends to develop in discontinuous "bursts". Interesting how model railroad projects seem to benefit from both types of development: the half-hour-a-day squeezed out of a busy schedule as well as the multi-day building binge. (The latter usually in response to some sort of external deadline.)

Hopefully you're doing better at both the "every day, in every way" projects and the "big burst" projects than I've been able to manage recently. But the decks are reasonably clear this weekend, so I hope to make some progress. I'll let you know.

*Besides being a ground-breaking scientist and one of the best essayists in history, Gould was also distantly related to the railroading Goulds, Jay and George Jay, whose robber-baron efforts helped shape the railroad landscape of the late 19th- and early 20th century. Arguably, it's train related. 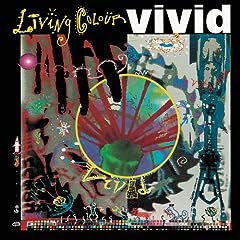 While building benchwork in the garage I've been listening to some older CDs that provide the right kind of intensity for the task. A fun re-discovery was Living Colour's 1988 album Vivid. Heavy guitar riffs, powerful vocals, and a solid funk-infused rhythm section. The group disbanded in 1995, but apparently has reformed for some concerts recently. Always one of my favorite music videos, although the late-'80s fashions are a tad dated (who would have dreamed Body Glove shorty jumpsuits weren't going to take off in the mainstream?)
Posted by Byron Henderson